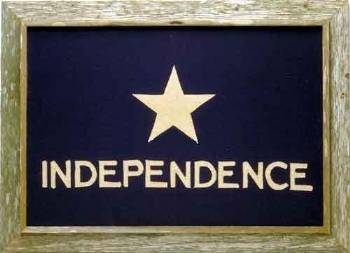 Today began the 82nd Session of Texas Legislature with the re-election of San Antonio Republican Joe Strauss as House Speaker.  The biggest item on the agenda for this Legislature will be a budget shortfall ranging from $15 to 27 billion over the next two years, depending on who you talk to.  As an educator (I do more than just make beer for a living), I’ve already been informed by the University to expect budget cuts around 33%.

One new item on the agenda will be a bill to allow Texas brewpubs to sell their product into the distribution system.  In other words, you’ll be able to buy North by Northwest beer in Houston, Uncle Billy’s in Dallas, Blue Star in Austin or anywhere else one of the 20+ brewpubs in Texas chooses to ship their product.

I will make details of this bill (who is introducing it, what it entails) available as soon as possible.  I will say I believe in the bill and I think it will be crucial in Texas Craft Beer’s development into national prominence.

This isn’t a bill crafted by career politicians who think it might be good idea – this is a bill written personally by me and industry peers.  It is crafted to be fair to all parties involved in the Texas beer industry.  It helps our state’s small businesses grow by increasing their production; it adds additional potential sales volume for wholesalers and distributors; it offers retailers the ability to highlight local products; it gives consumers access to the products they desire; and–as a special added bonus feature–it creates more jobs and more tax revenue for a state facing a massive budget deficit.

Throughout the next 140 Days, I will be blogging daily to update you on what is happening with the bill.  Your support will be vital to its eventual success.  It will be an uphill battle.  The proponents are numerous, but the opposition is firmly entrenched in an antiquated system.  These opponents do not have the best interest of Texas at heart, and only seek to protect the status quo and their mandated position within the industry.  While I am hopeful that common sense will prevail, I know for some it will fall upon deaf ears.  Nevertheless, we must continue to spread the word and fight.

Lastly, special thanks to my friends in the industry Chip McElroy (Live Oak Brewing Company), Davis Tucker (North by Northwest Restaurant and Brewery), Joey Villarreal (Blue Star Brewing Company) and everyone in the Texas Craft Brewers Guild.  Their help has been instrumental in getting us to this point.