Come see where all the magic happens. 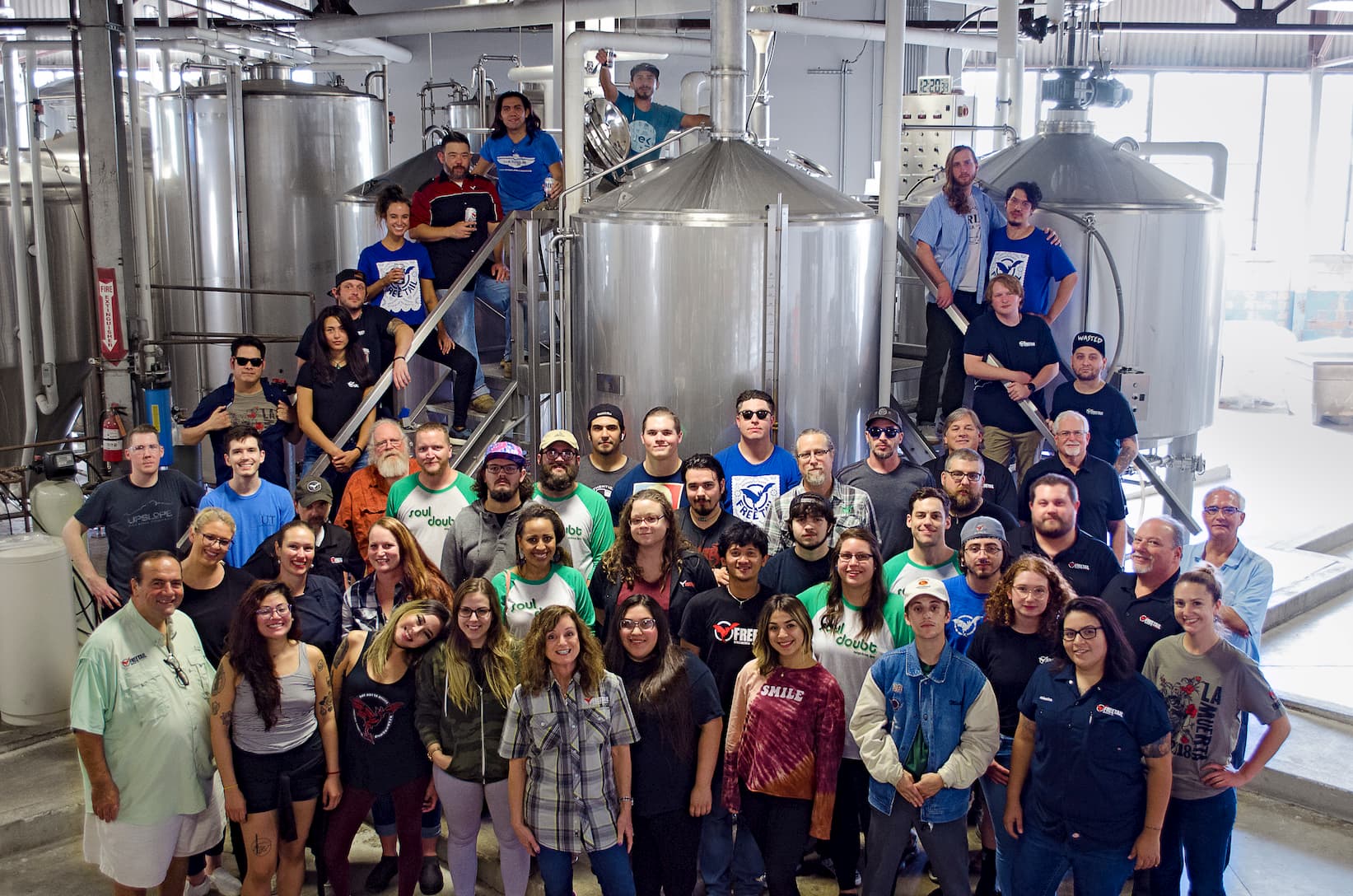 Freetail Brewing Co. took flight in 2008 with the idea that a brewery shouldn’t just make great beer. It should embody the city it calls home. From its label designs to its name. And it should be as passionate about supporting its community as it is about kicking out fresh, innovative beers. For Freetail, San Antonio is more than our hometown. It’s why we brew.

We started out at our original brewpub on the north side with a used 15-barrel brew house famously held together by grit and determination. We got busy brewing bold, never-before-tasted flavors and worked to make them available to as many San Antonians as possible. We even spearheaded legislation that, for the first time ever, allowed Texas breweries to sell directly to consumers and Texas brewpubs to sell into the wholesale market. Meanwhile, we added weekday lunch and happy hour specials, beer tastings, live music, trivia, and yoga events to the brewpub. Word about our unique ales, lagers, sours, and stouts quickly spread to beer-lovers all over 210 City.

We soon opened our second location on the outskirts of downtown San Antonio on S. Presa Street. This is our Tap Room where we give tours, host comedy nights and food trucks, and have local musicians perform live. With the extra space, we increased distribution and continued to spread our wings. The delicious, distinct flavor of every Freetail beer earned us a place on the store shelves and in the restaurants and homes of San Antonio.

With beers like La Muerta, Oktoberfiesta, and Tropical Punch Bexarliner, Freetail makes San Antonio culture an inseparable part of our brand. Even our name was inspired by Alamo City locals. An estimated 30 million Mexican Free-tailed Bats (the Official Flying Mammal of Texas) live in Bracken cave just north of San Antonio. They play an essential role in safeguarding our agriculture system. Just like their namesake brewery, these little locals have a huge impact on the community.