Following up on the graphic I posted a few weeks ago of my local beer cooler, I’ve had a certain curiosity about the correlation between a breweries ability to do the things that HB 660 and HB 602 try to achieve and their perceived “greatness.”

There is an obvious problem in trying to build this list – the subjective nature of “greatness.”  I could list my favorite breweries, but then I might be accused of just picking ones that prove my point.  To provide at least a smidgen of objectivity, I decided to use a source that, in and of itself, is still full of subjectivity – but least it isn’t my subjectivity.  So, here are the best breweries, as ranked by RateBeer.com (note, I filtered out non-US breweries), with a column added: whether or not they have a brewpub or some kind of retail outlet attached to their brewery*. 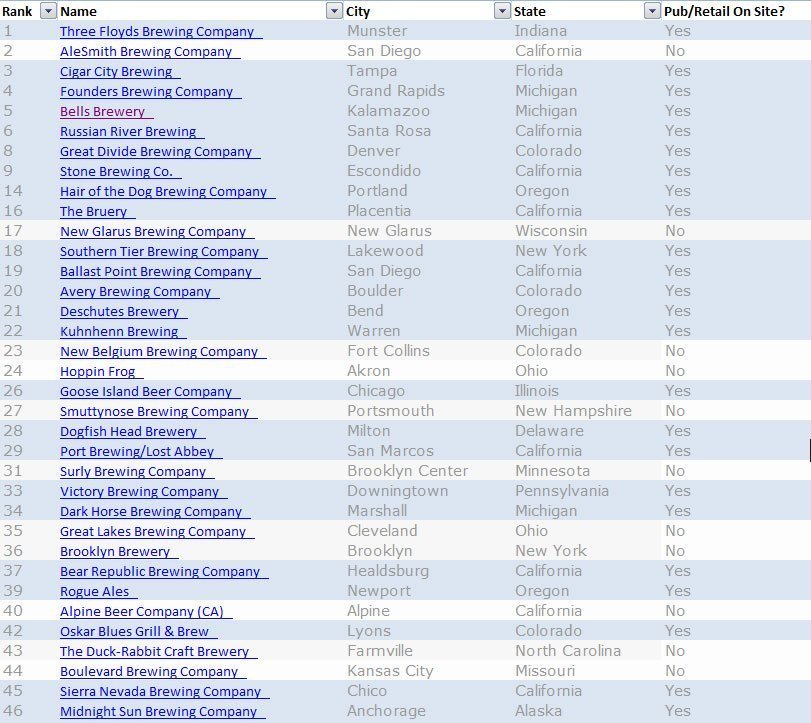 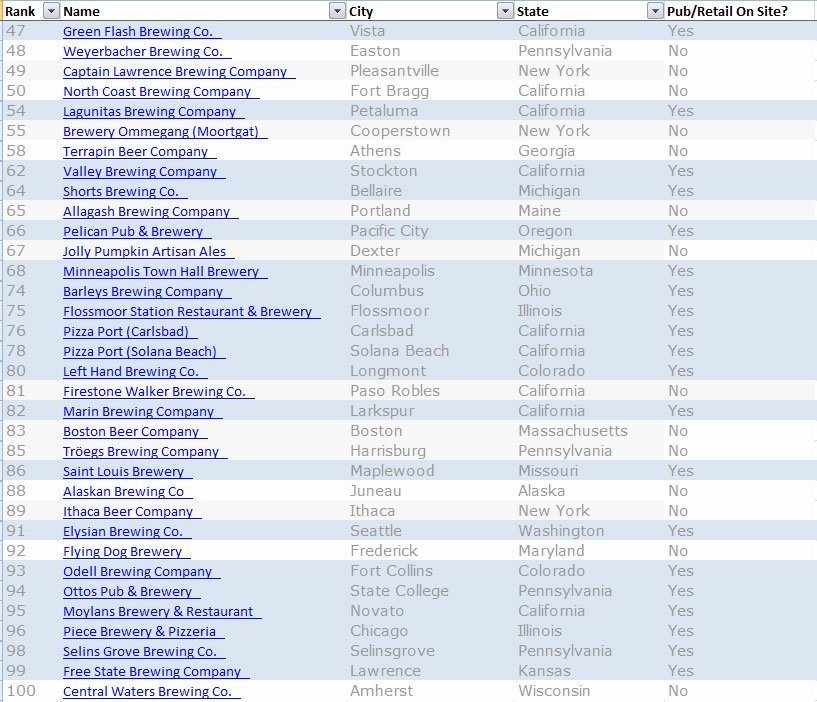 I’m thinking the same thing you are.  That’s a whole lot of blue.  Especially at the top of the list. Also, Texans are notably missing from this list. Correlation, or causation?

EDIT: Someone pointed out they’ve purchased beer at New Glarus before.  I’ve never been to all these places, so I admit the list is not 100% accurate.  To determine “Yes” or “No” I used BeerAdvocate.com – if you can review the brewery as a “place” (where you can buy stuff) it’s a “Yes”. If you can’t, it’s a “no”