First, the great news. With my complete lack of medical training, I herby declare myself healed of the flu and fully capable of working from my office (HorrorPops radio on the Pandora, recommended for your fix of psychobilly fun), and nudging the ball forward on HB 660.

Big week, as HB 660 will get referred to the House Committee on Licensing and Administrative Procedures, probably today, and I meet with Representative Villarreal and a member of one of the beer wholesalers’ lobby groups in order to find that ever elusive “common ground”.  No word on whether Harrison Ford will be available for filming “Indiana Jones and the Curse of the Common Ground” but rumor has it Spielberg is on board to direct.

In the news, the Houston Press has weighed in on HB 660 and 602 with a good piece that includes comments from a prominent beer distributor (and a bunch of non-approved Freetail prototype artwork).  I’m not completely sure I follow the logic, but if I combine the learnings from the Houston Press story with what we gathered from the New York Times story from last Friday; then it appears the problem distributors have with HB 660 is they feel it would result in

Huh?  On the first point, brewpubs have little interest in being distribution companies (and in fact, HB 660 doesn’t allow us to be even if we did want to) so you aren’t going to find me out in Tyler illegally unloading kegs to portly men in 3-piece suits and bowler hats.  As far as selling to minors goes – as brewpubs we are already trained on selling to minors – probably better than any beer delivery guy (since he doesn’t sell to consumers at all, we do). Let’s not start the cries of “THE CHILDREN! WHAT OF THE CHIIIIIILDREN?!?!?” just yet – unless we are going to talk about number of teaching jobs can be saved by the tax money HB 660 can generate. 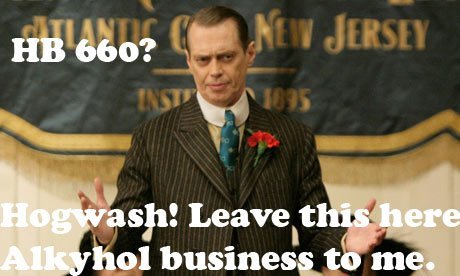