Happy Friday the 13th. It’s been 364 days since the last time we announced our annual La Muerta release…so it’s about that time.

This year is a little extra special, not just because it’s the 10th iteration of our smoked imperial stout, but you may have heard that we recently captured Gold at GABF in the Aged Beer category for the 2014 edition of La Muerta (good thing we saved a few bottles…we told you this would age wonderfully…says so right on the label!).

This year’s release is going to be bigger and better than ever, with a different format that still holds on to the traditions that have made this thing what it is. Details are below, but here are the customary links for those who enjoy a little history:

As we’ve done for the last few years, La Muerta 2017 will feature the base beer plus three additional bottled variants: 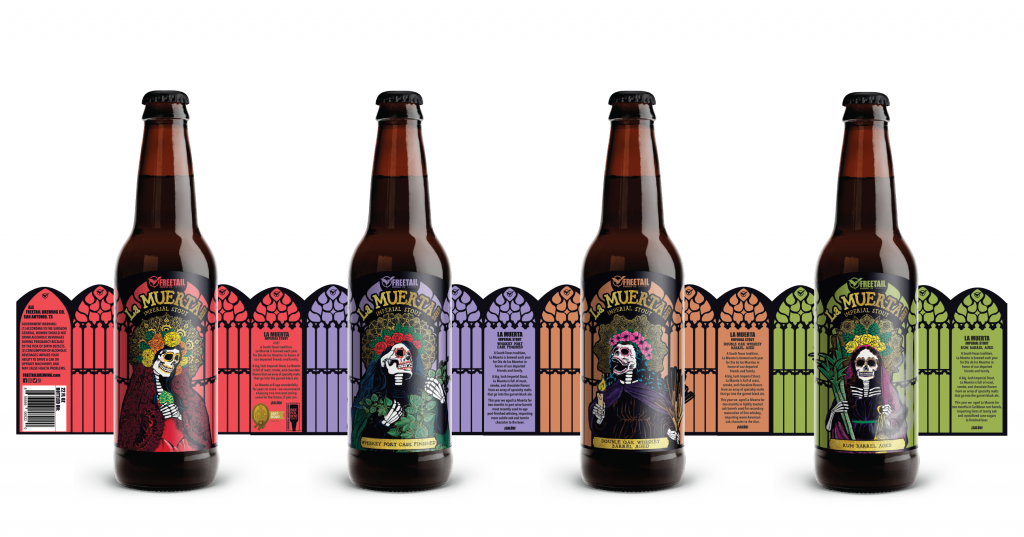 Previous La Muerta versions we will have available on Día de La Muerta:

Wednesday 11/1: Five La Muerta 2017 kegs will go out to accounts for tapping on November 1st for Día de los Inocentes

Saturday 11/4: Día de La Muerta X. We’re excited to move to a festival format this year, which we hope will enhance the experience for you and also allow us to offer more beers. Here’s how it will work:

Tickets for the Día de los Muertos Dinner will go on sale Monday 10/16. Tickets will be $80 (+ fees). Gratuity is not included in the ticket price. HERE IS THE LINK TO THE DINNER TICKETS WHICH INCLUDES THE MENU. 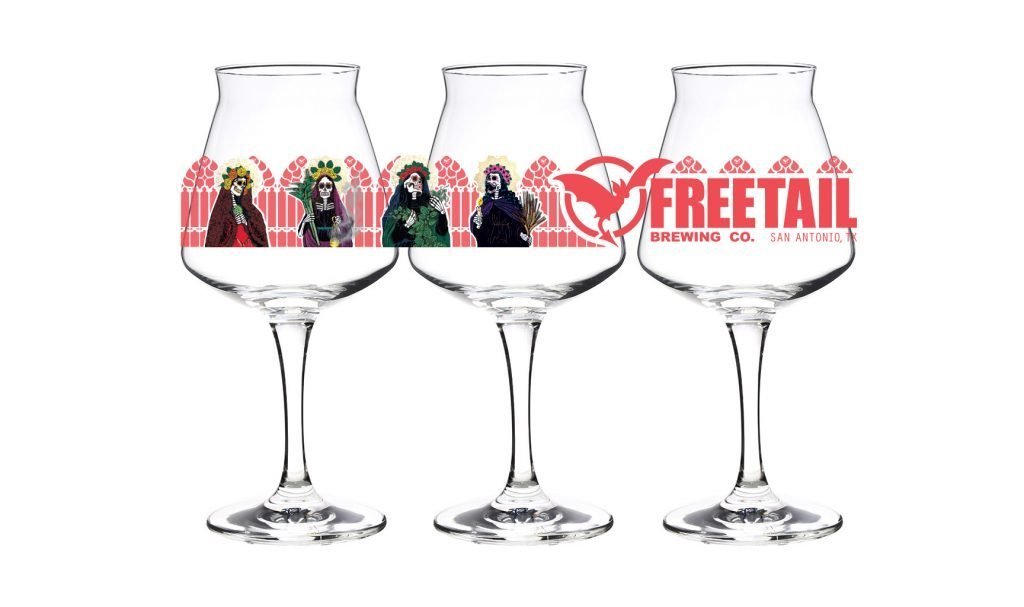 Q: What if your ticket mix is all wrong?
A: If we see that Festival tickets sell out super fast and people aren’t buying a lot of “bottles only” tickets, we reserve the right to change the number of tickets and/or offer more tickets. However, the allocations will not go lower than the numbers quoted above.

Q: Why all the changes? I liked the old way!
A: It’s evolution, baby.

Q: Can I buy multiple tickets to get multiple allocations?
A: No. One ticket to Día de La Muerta X per person. If you are buying for someone else, use their name. We will check IDs at the door. This also means you can’t buy a “bottles only” ticket AND a festival ticket…however…

Q: If I go to the Dinner and buy my allocation can I still get a full allocation at the Festival?
A: YES! This is the only way to get multiple allocations.

Q: Can you make it clear exactly what the allotments are?
A: These could possibly be increased, but it goes like this:

Q: I just want to come drink beer, is the brewery still open?
A: Yes! We will be open during our usual hours. However, even if you aren’t participating in the festival, you will still need to buy beer tickets and pay for your beers that way.