So I admit it, I say a lot of stuff and then not follow through. I tell my wife I’m going to wash the dishes, or put together our daughter’s “big girl bed” or I claim I’m going to have a frequently updated blog detailing the progress of the new brewery. I don’t think I’m a liar, I just commit to more than I can execute sometimes.

On the last example, I know I’ve slacked a bit on the blog. As I rambled on a bit on Twitter the other day, I really did hope to do a better job of documenting the construction of Freetail2. My goal was to create almost a “how-to” of sorts, but not in the “hey you need x and y and z” sense but more of a “this is the journey of going from a 4700 SF brewpub where the brewery takes up about 800 SF to a 30,000 production brewery that can (theoretically) produces half of our pub’s annual volume in 6 days”. The hope was that this journey would at least give some insight to someone on whatever project they were working on (be it a brewery themselves, or anything else).

The good news is that not a whole lot has happened that you’ve missed out on. We are awaiting demolition permits to do some minor (I use that term lightly, since it’s almost $40,000 worth) of demolition work inside the building. The biggest part being tearing down an old ceiling that was put up and exposing the roof deck and the cool beams up there: 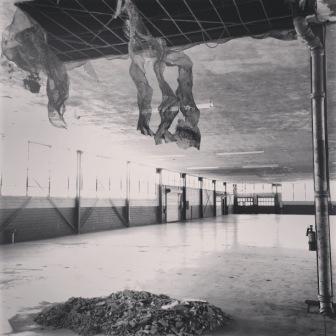 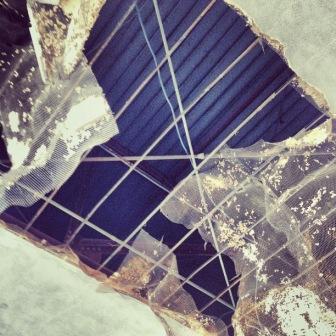 In the meantime, we are also working on finishing our construction drawings, which I’ll share some images of when they are ready. Hopefully (and it is a big hope) we can stay on track to start construction in December. Some of the fun “unexpected” things that have come up – we need to sprinkler the building and the closest water line to tie into is across the street, which means we’ll have to come across the street and bring water in. This is probably at least a $100,000 extra project and one that will definitely cut back on some of the things we had hoped to do. But that’s usually the way brewery projects work.

I also wanted to talk a little more on the business philosophies that drive us at Freetail. We are very big on Sustainable Business Relationships, and we aren’t talking about environmental practices but rather the way we conduct business with outside suppliers, vendors, etc.

There is an obvious motivation for a business to extract the most value out of every single transaction they take part in to maximize the net benefits from such a transaction. When you view isolated transactions, this is a common sense way of doing business. Stepping back and taking a longer view of things, however, this isn’t always the best approach. We always take the approach that we want transactions to be mutually beneficial to both sides (because we want to conduct these transactions again in the future!).

One example: I got a call from our growler supplier yesterday saying they had accidentally overprinted our order by 4 cases. It would be easy for me to say “I will only pay for what I ordered” and I probably could have gotten those four extra cases for free (because they have no use for 4 cases of Freetail growlers other than to ship them to me). However, because we enjoy a long-term relationship with this supplier, I have little interest in pissing them off. Sure, we’ll take the 4 extra cases, just add it to the invoice.

This is an oversimplified example, but it is one that should extend to all business relationships. It is important to take the long view and approach your relationships in wanting to make it mutually beneficial for both sides. If I enjoy the product & service provided by one of my suppliers, I want them to make a profit so they are successful and can continue providing me with this product & service. Negotiating them down to the very last penny doesn’t achieve this.

The same philosophy can be applied to pricing of the products we make. Can we charge you double for the bottles of beer we sell you? Yes. But I want you to pay a price for our beer that you feel good about, and that leaves you money to go try some other beers and come back around to buy more of our beer in the future. On the wholesale level, I’ve seen a  lot of brand new breweries charge prices for their kegs that exceeds the price for a keg of world class beer from established breweries.

In economics, we always stress the concept that “price matters” and this couldn’t be any truer than in relationships between suppliers. Take the long view, and support your suppliers’  AND customers’ long-run viability.