It’s that time of year again! The weather is changing ever so slowly (highs forecast ONLY in the low 80s this week!), folks are starting to contemplate their holiday plans, and the Spurs get ready to make another run to the title.

This also marks Dia de La Muerta, and the annual repost of the history of La Muerta to go with it!

Before we dig into the history, here is a run-down of the release details this year:

And here are the details you need to know for how the release will work:

If you have any questions, hit me on twitter at @beermonkey or @freetailbrewing

Thanks everyone. This is one of my favorite days for a lot of reasons, the biggest one being the organic way this event has grown up. I thank you from the bottom of my support over the years and I look forward to seeing and hanging out with you Saturday!

Read on for the history of La Muerta and details on this year’s liquid.

***Note, this is essentially a re-post of what I put together for the La Muerta V release in 2012. I’ve merely updated with new data.***

The seventh iteration of Dia de La Muerta day looms, and I thought it was a good time to reflect on and share how this all came to be.

When Freetail was still in its planning phases, we knew (like pretty much any brewery that opened since 2004 or so) we wanted to brew an imperial stout. A perfectly healthy admiration for skulls & Dia de los Muertos coupled with half of my DNA rooted in Mexican-American culture led me to a name for our imp-y before we had a recipe: La Muerta. I had grand ideas for a line of similarly named brews. Maybe El Muerto could be a supercharged version, a Double Imperial Stout, if you will. Muertito could be a smaller version, meant for more casual sipping by a winter fire. While these other ideas have not yet (and may never) come to fruition, La Muerta was a concept with legs.

Back then, head brewer Jason Davis and I used to have regular brainstorming sessions. What did we want to brew? What ideas toed the proverbial crazy line? Could we pull all that off or did we need more tanks? How the hell would yeast management work? While not every idea from those early meetings ever came into being (or are even stuck in our memories anywhere), they did go on to help mold the general direction of our brewing and how the brewery needed to be set up to supply such ambitions. It was in one of these meetings that I told Jason about La Muerta.

Jason, the evil brewing genius he is, decided to venture slightly from what we were seeing on the national scene where imp-ys tended to be on the sweeter side, with alcohol content going up but apparent attenuation seemingly going down. Pulling ideas from a previous homebrew test batch, we would leave some sweetness, but focus more on the chocolate characteristics along with another that would be specific to our imperial stout–the addition of rauch malt which now makes up almost 20% of the grain bill. Over the years, my occasional glance at review websites reveals comments like “surprisingly smokey”. Well, I can say that it should no longer come as a surprise to anyone… there’s a whole lot of smoked malt in there!

Here is a brief history of La Muerta, both in pictures and narrative, including slight recipe changes over the years. I’m honored that this beer has become appreciated by so many, but also that Dia de La Muerta has become (in my completely biased opinion) one of the best regular beer events in the state of Texas. All of you, and the epic bottle share you have developed over the years, are responsible for this. . 2013 Update: This statement is no long really true given the recent changes in beer laws, but the point remains the same. You guys have helped make our bottle releases awesome and until someone tells me otherwise I think Dia de La Muerta is the closest thing to Dark Lord Day in the state. A tip of the hat to my friends at Jester King, who are definitely keeping me on my toes with the great job they are doing. They are forcing (in a good way) me to continually try to up our game. Y’all are awesome! 2014 Update: Another tip of the hat to my friends at Jester King, who in my opinion have taken the bottle release/bottle share to the next level with their innovative beers and beautiful location in the Texas hill country. While I have a huge sense of pride for being one of the first to conduct these events in Texas, I have even more pride in our state’s beer culture for continually executing and supporting these kinds of events. Don’t let anyone tell you otherwise, Texas is a legit beer state! 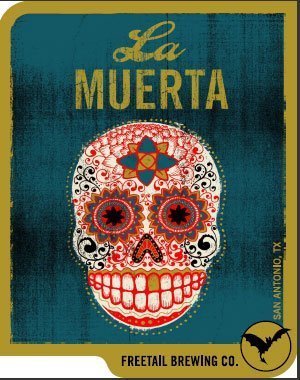 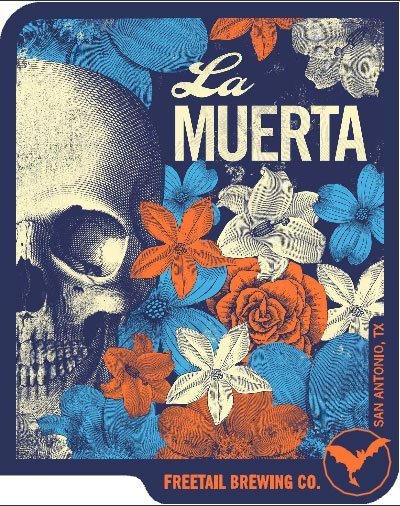 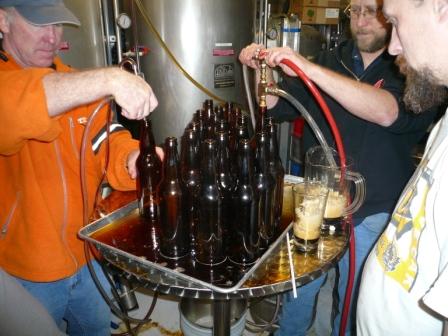 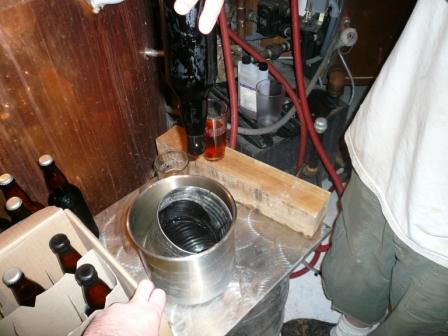 Wax dipping the first bottles of La Muerta, circa Feb 2009 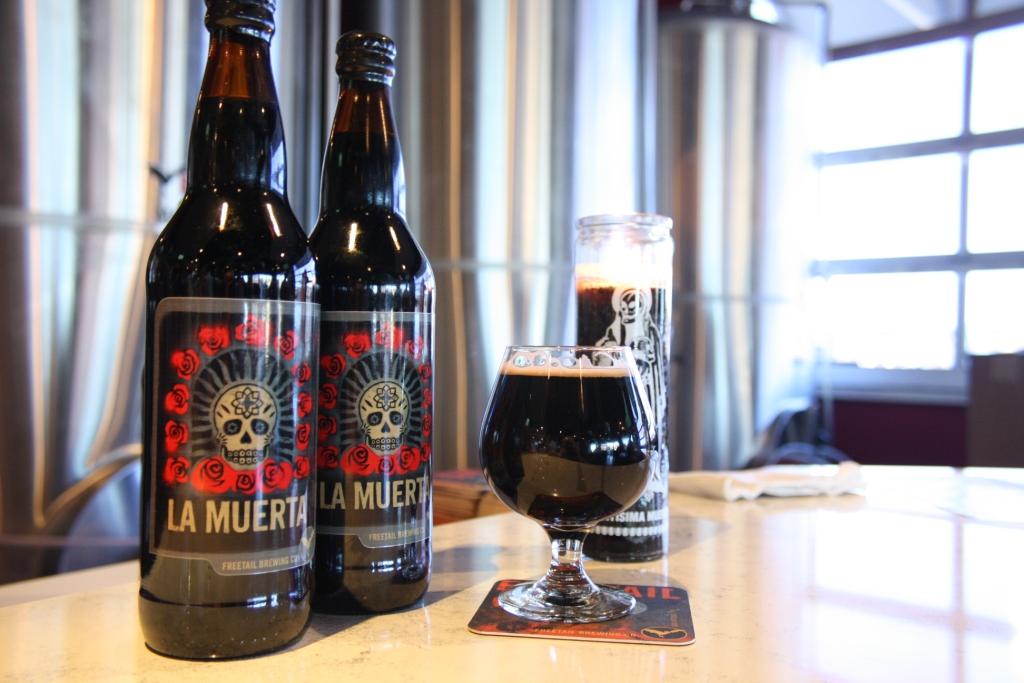 This was a very successful release that provided a very delicious beer, for some people. Some other people ended up with a sour, infected imperial stout that I personally despised. This constituted the end of bourbon barrel projects (with the exception of occasional 5 gallon bourbon barrels we get for draft only releases). After this, all barrel aging was done for our Wild Ale program. 2014 Update: Now that we’ve moved into our new S Presa brewery, there is a lot of whispers in the rafters about a bourbon barrel program returning. I can neither confirm or deny said rumors.

Terribly Photoshopped “coupon” emailed out. Required to get a bottle. 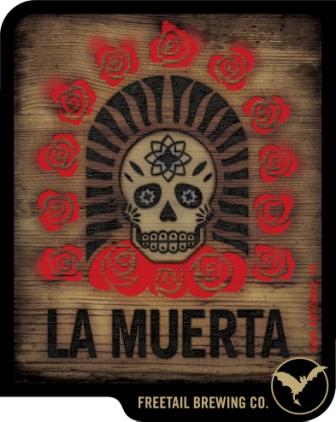 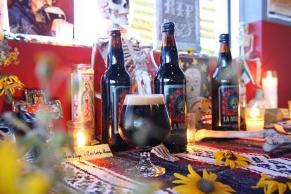 Our first ever “triple batch” in order to try to keep up with demand. Also the first time La Muerta was not be bottled by hand and instead on our bottling line acquired at the end of 2011. 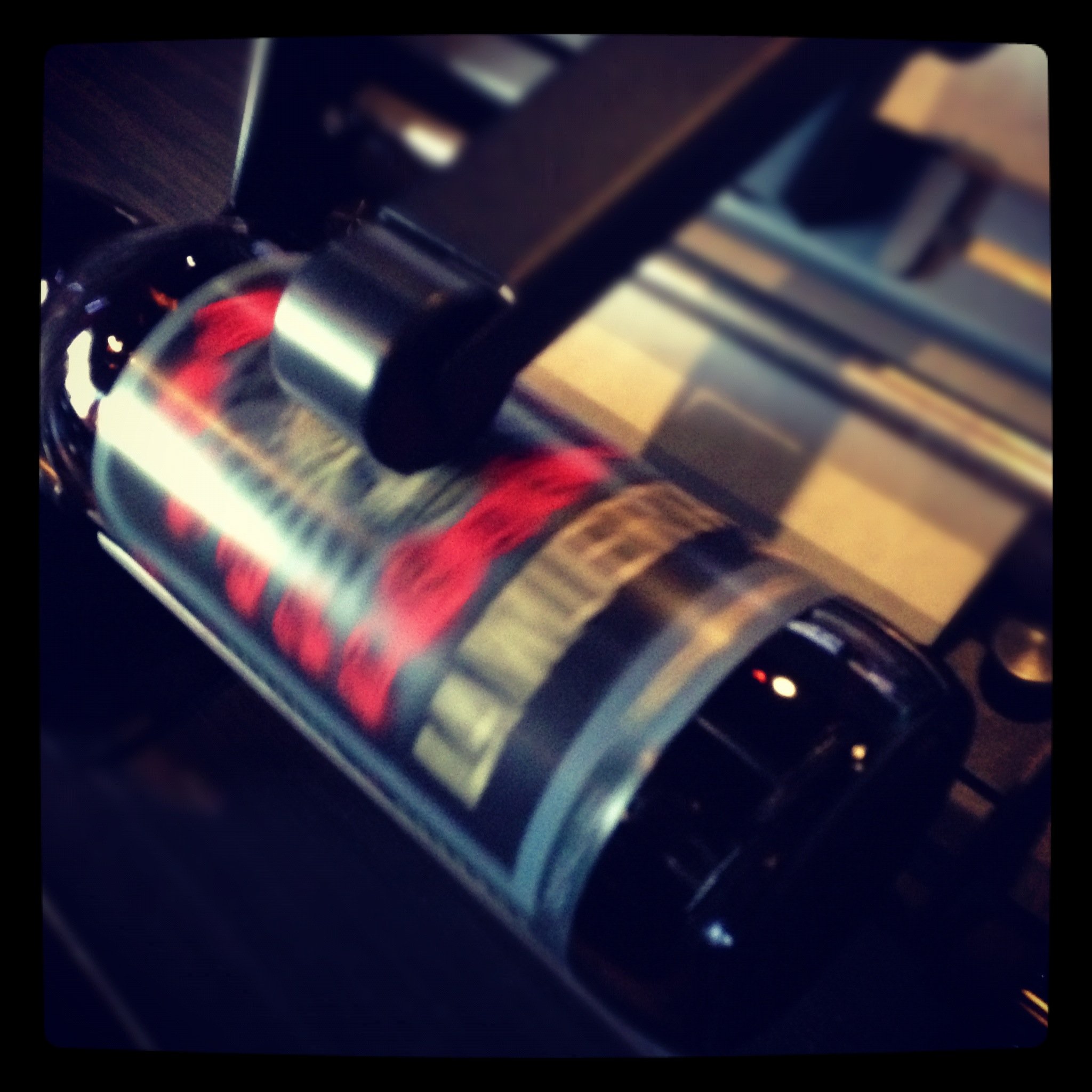 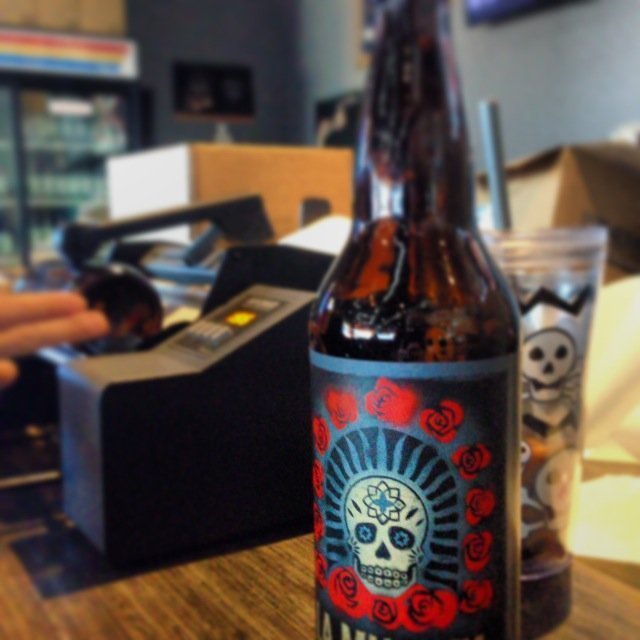