Number of Breweries Tied to Quality of Brewery Laws.

Out of curiosity, I decided to see how closely correlated brewery laws are to the number of breweries in a state. To the shock of no one, turns out good laws that support the development of craft breweries results in more craft breweries.

To perform this analysis, I did a few thing:

The results will not surprise you even slightly: 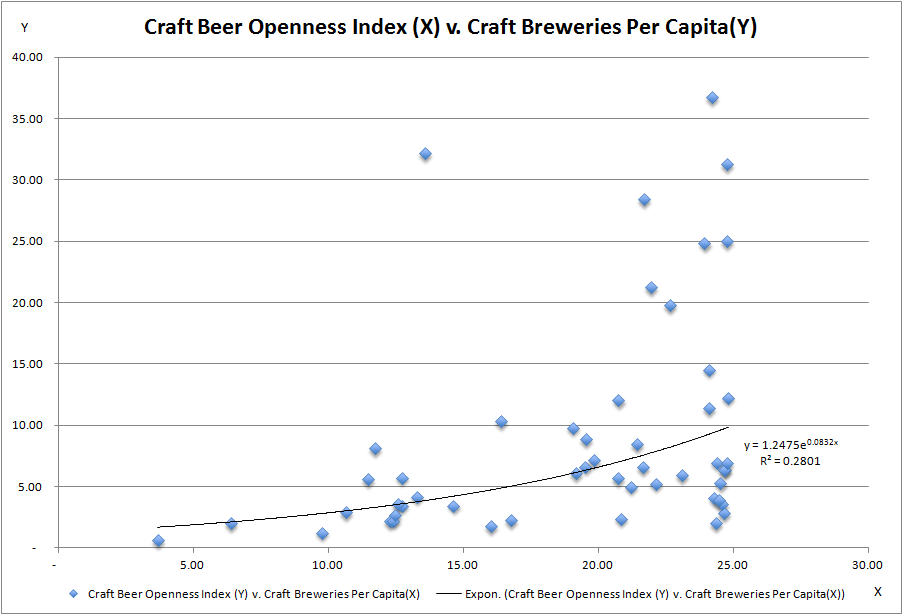 That one outlier? Montana, who has the second most breweries per capita despite having fairly restrictive laws. Keep in mind, however, that Montana is also one of the most sparsely populated states in the nation, skewing its relevance to the overall correlation.

So, about that BROI… I’m not going to reveal the algorithm I used to build it… yet. I’ve got big plans for the BROI for some future academic studies (probably after the legislative session).

For now, what we all suspected has been verified by good old science… friendly craft beer laws leads to more craft breweries.