I’m going to keep this relatively brief because I am not ready to unveil the full details yet, but I can confirm that Super Mega Awesome Bottle Release Day is coming back for 2015! SMABRD’15 will feature four wood-aged beers – three new ones and one old favorite. I don’t have a date pinned down yet but we are aiming for late August.

Today I want to tease two of the four beers, mainly because they’ll soon be published on one of the (awesome) websites that keeps tabs on TABC label approvals.

So, without further ado, I present Komorebi and Peach Bexarliner: 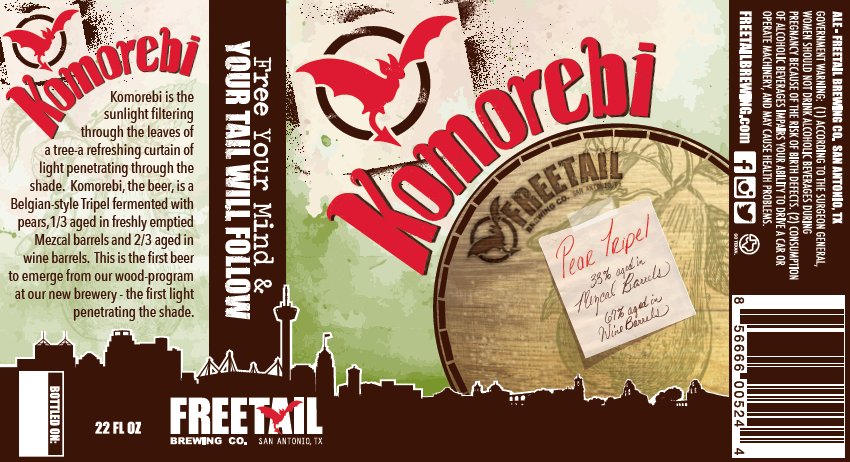 Komorebi is a beer we are especially excited about. We began with a Belgian-style Tripel that we re-fermented on pears. We were a little curious how this would turn out given how delicate of a flavor pear is, but in the final product the aroma and flavor of juicy pear really shines through. We took the beer, aged 1/3 of it in used Mezcal barrels and the other 2/3 in used wine barrels. The result is an 11.2% sipper that really balances the sweetness of the pear (and a Tripel) with the smokey wood character of the Mezcal barrels. We produced only 80 cases of this beer, and bottles will available only at our S Presa brewery on SMABRD’15 (or until they sell out). Kegs will go out to selected accounts in our distribution territory. [Note, this is not a sour beer] 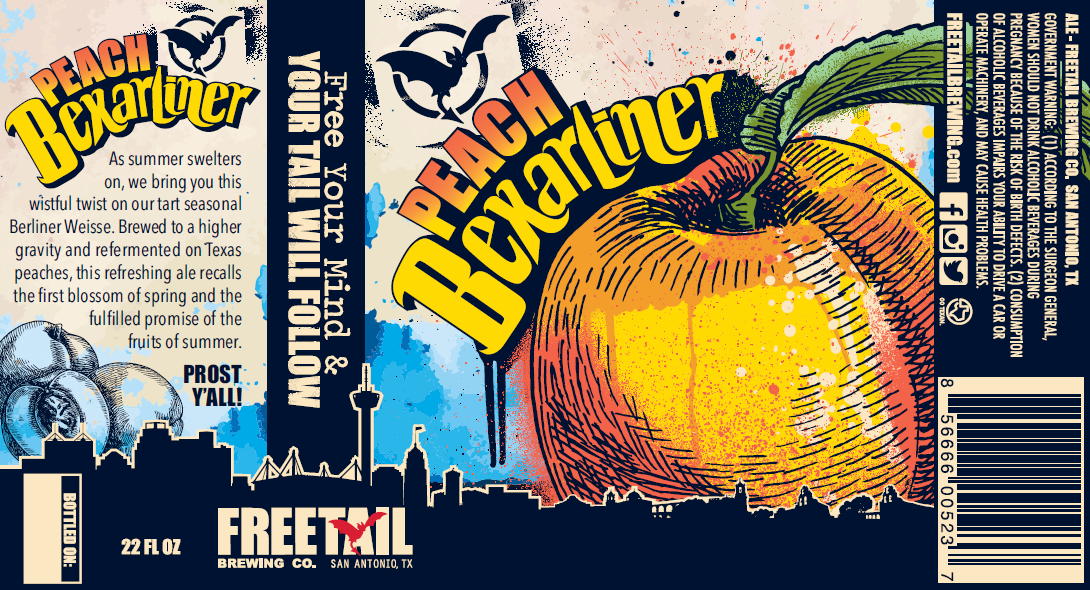 Peach Bexarliner requires a little explanation. Yo Soy Un Berliner is a Berliner-weisse we previously made that was aged in barrels for extra tartness. Bexarliner Weisse was a Berliner that was exclusively kettle soured at our original brewpub. When we decided to can a Berliner, we wanted to use the Yo Soy Un Berliner name, so it became the kettle soured only beer. Bexarliner, going forward, will be our kettle soured and then barrel aged Imperial Berliner aged on fruit. We’ll release different variants throughout the year going forward. First in queue is Peach Bexarliner. Not quite as peachey and definitely not as sour as Peche’cus (which is still in the plans for us to make… don’t worry) but hopefully still worthy of your love and adoration. Bottles will most likely be limited to the brewery only, but some kegs will find their way out into our distribution territory.

That’s all for now. Stay tuned for more details on the other two SMABRD’15 beers.